This secret box gives you priority at intersections; Buses use it already

It has come to light that buses in Europe use a special type of gadget to speed up waiting time at traffic lights. The gadget, which is manufactured in China and takes shape as a simple box, is permanently mounted underneath the vehicle. The metal sensing lines built into the road then recognises the special signal and gives the vehicle priority over other road users.

This information was leaked by a secretary at a special unit of the European Union, representing traffic concerns and working to lower the number of traffic fatalities within the EU. But the box is strictly legal, since EU passed a bill allowing such devices with the only requirement being that it is not possible to identify the specific bus, or any person on it, with the device.

The box has been possible to acquire only for governments and heads-of-state. In the EU, this type of gadget is being placed on buses to shorten the commute for the passengers. Pedestrians and bicycles still have the highest priority at a junction, if they push the button at the traffic lights. But with the box, buses have priority over cars. Communication between the box and the traffic lights is done by a special, password protected, protocol.

China Car Tech have also recieved links from our readers to items on Ebay. These gadgets claim to do the same job as the official boxes for public transport. The boxes can be sold by Chinese companies since the patent for trademark of the original box expired on January 1, 2014, and it has not been renewed.

When China Car Tech contacted the company behind the product, the CEO Xia Qing first denied to comment on the matter. Later, though, he issued the following statement to all media:

"This technology has been offered for many years. It is therefore completely legal. The only news is that we now can offer this time-saving device to more potential buyers."

Update 1: The items have now been removed from Ebay following our article.

Update 2: China Car Tech has acquired a document anonymously, stating that buses really do have priority over cars, at least in this city. Due to the sensitive matter of this document, the person wished to black out any identifying text blocks. The person who sent the scanned document has marked all buses on the list, and as we can see they clearly have priority 1. 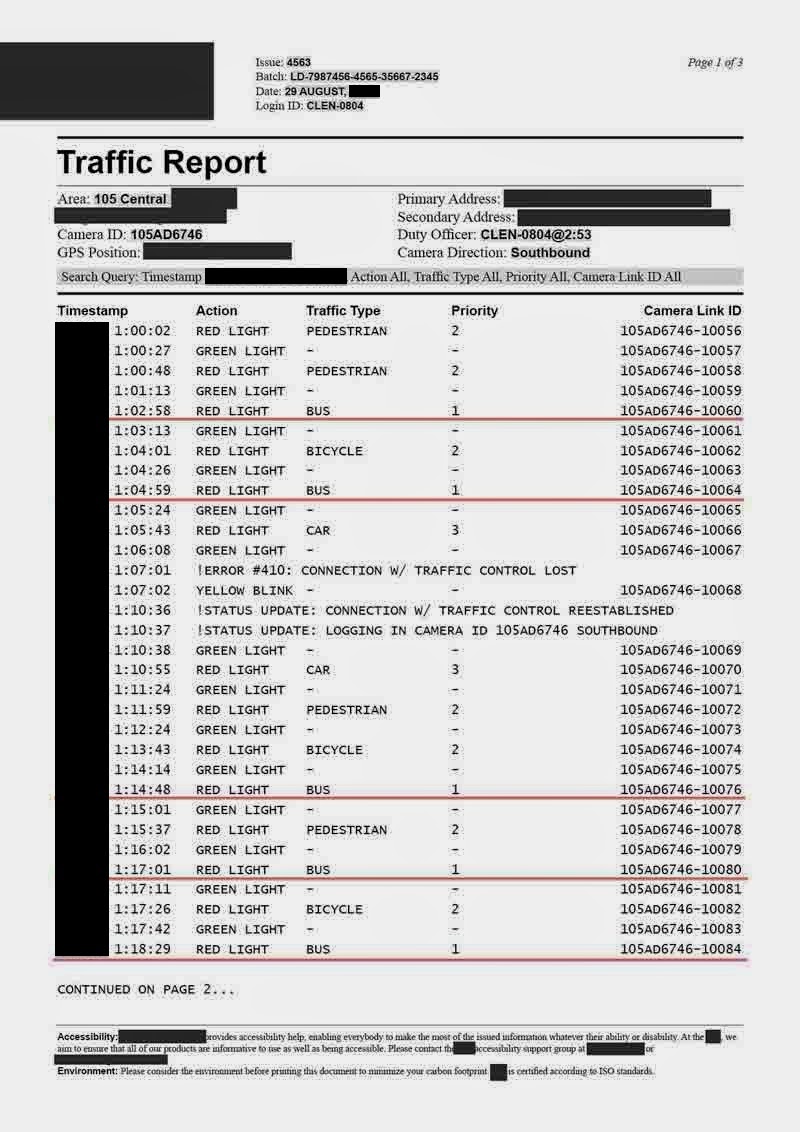